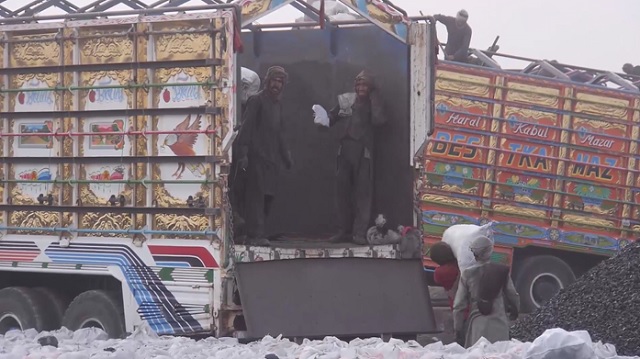 He said that militants were extorting 10,000 afghanis from each vehicle carrying coal.

Transporters said that people loyal to the government were also extorting coal transporters.

Nasrullah, a coal transporter, said that the Taliban collect 10,000 afghanis regardless of how much coal the vehicle carries.

Mohammad Zaki, a coal seller, said that he paid 200,000 afghanis to the Taliban in 20 days alone.

Some of the drivers said that said security posts on road from Dara-i-Suf district were not only extorting money but were also taking coal they were carrying.