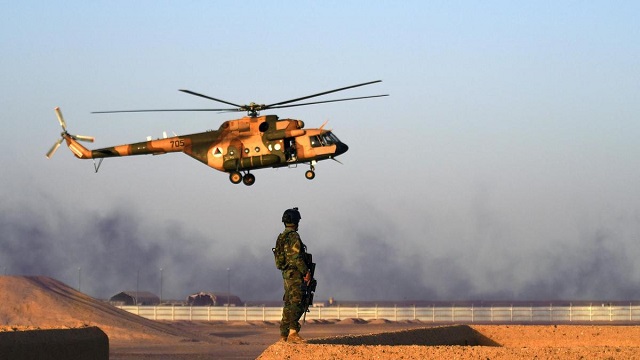 The crash happened due to technical issues as the helicopter was taking off in Hesarak district, MoD said in a statement.

Two people who were killed in the crash were a crew member and a policeman, the statement said. Two others were also wounded in the incident, it said.

Ataullah Khogyani, a spokesman for Nangarhar governor, said that it was an Mi-17 helicopter that crashed.