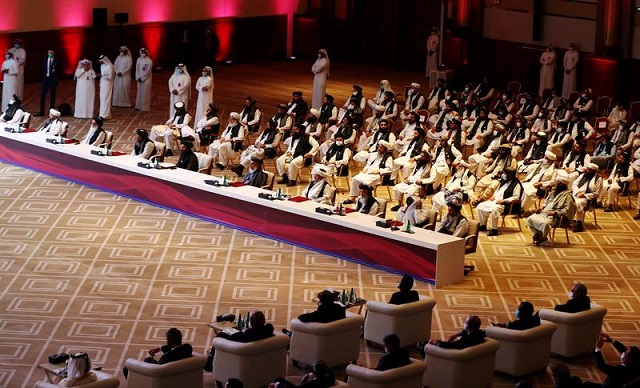 Representatives of the Afghan republic and Taliban have agreed on a code of conduct that sets ground rules to advance their peace talks, Reuters reported.

The delegations, helped by US officials, agreed on Monday on 19 rules which make up a code of conduct that will be followed to stop the talks collapsing, the news agency said.

A source, however, told 1TV that differences remained over two issues in code of conduct.

Negotiations between the Afghan government and the Taliban started over three weeks ago in Qatari capital Doha.