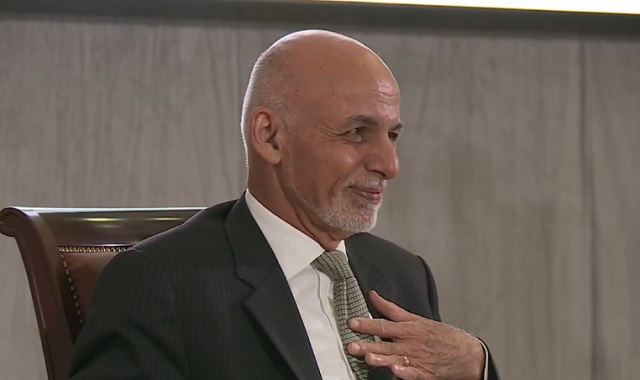 “Don’t be afraid of ceasefire, nobody is going to wipe you out,” Afghan President Ashraf Ghani told the Taliban on Tuesday.

Speaking at the Center for Conflict and Humanitarian Studies in Qatari capital Doha, where intra-Afghan peace talks are ongoing, Ghani told the Taliban to “have confidence, have the courage to engage other Afghans.”

“In the weeks, in the days to come, we have to have the courage to declare a national ceasefire so that we can proceed to make peace politically, not under the barrel of the guns,” Ghani said.

Ghani said that the power of Taliban is negative, but they constitute a reality of our country and “we must make peace.”

The president said that the majority of Afghans want republic and the Taliban need to acknowledge the fact. “Without acknowledging this, we cannot move forward.”

“They must have the courage to accept that the people of Afghanistan will make the ultimate decision about their future,” Ghani said.

Ghani said that one of the reasons for making peace with the Taliban is that together they will be able isolate much larger terrorist networks.

Ghani said that the negotiating team has the authority and the mandate of the Afghan people.

“This is the first negotiating team that is not going to be micromanaged, we trust them,” Ghani said.