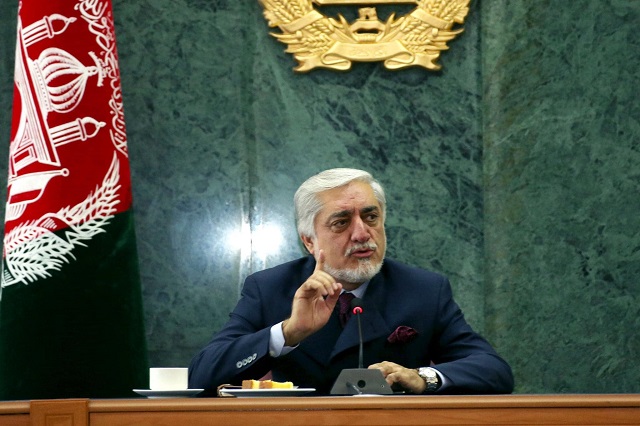 The issue of venue should not become a hurdle for peace talks, Afghan reconciliation council chief Abdullah Abdullah said on Wednesday.

Abdullah, who was speaking at an event in Kabul, said that the government prefers next round of the talks to take place in Afghanistan, but the issue depends on the agreement between the negotiating teams.

He hoped that the talks would continue on January 5 as agreed.

Afghan government officials are insisting that the next round of talks should take place in Afghanistan, but the Taliban are reluctant.

National Security Council Hamdullah Mohib has said that making peace outside the country would be affected by outside conditions and would not ensure Afghans’ interests. He also suggested that there would be lesser sense of ownership among Afghans.

On Wednesday, Waheed Omer, the president’s senior adviser on public and strategic affairs, suggested that the talks should take place in Kandahar.

Afghan government said on Wednesday that the visit of a delegation of Taliban’s political commission to Pakistan was part of efforts for peace in Afghanistan.

In a statement, Afghan foreign ministry said that the visit took place as a result of Khan’s visit to Kabul and would strengthen efforts for peace in Afghanistan.

It hoped that the visit would help Afghans’ expectations of reduction in violence, ceasefire and sustainable peace.