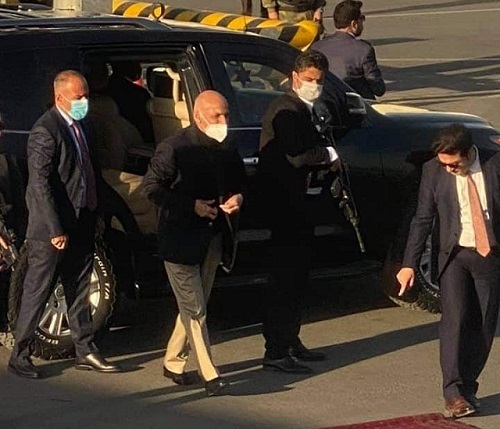 Afghan President Ashraf Ghani is travelling to Doha to meet with Qatari leaders, amid peace talks between the republic and the Taliban in the city.

On his two two-day visit to Qatar, Ghani will meet with Qatar’s Emir Sheikh Tamim bin Hamad al-Thani, PM Sheikh Khalid bin Khalifa bin Abdul Aziz al-Thani, and other senior officials of the country to discuss efforts for deepening bilateral relations and mutual cooperation various areas, according to a statement from the president’s office.

During the visit, President Ghani is scheduled to address a gathering at Doha Institute where Qatar’s prominent diplomats, lecturers, academicians and students will attend as well.

The visit comes over two weeks after peace talks between Afghan republic and Taliban negotiators began in Doha.

Ghani will also meet with Afghan republic negotiators, but will not meet the Taliban, Reuters reported citing unidentified officials.