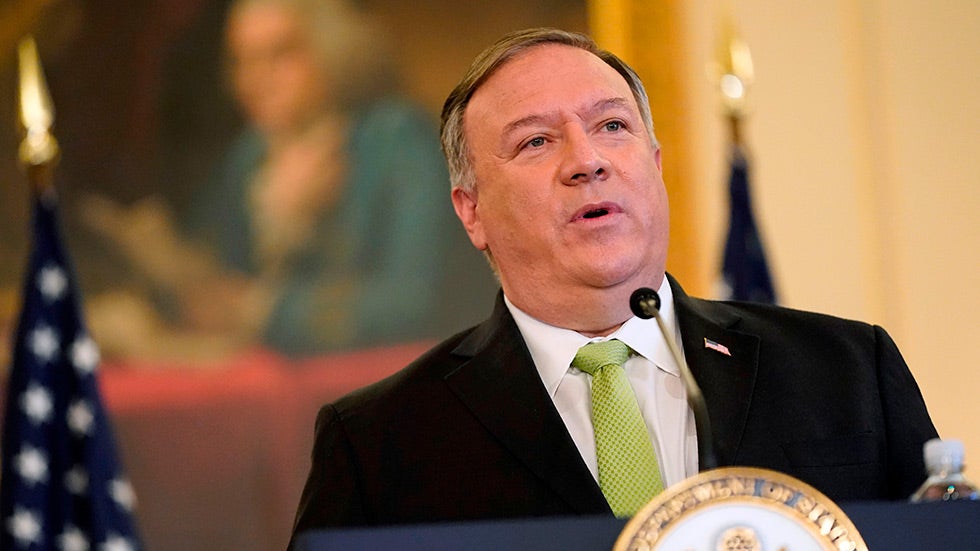 US Secretary of State Mike Pompeo on Tuesday called Iran “the new Afghanistan” as he accused Tehran of providing safe haven for al Qaeda militants.

“I would say Iran is, indeed, the new Afghanistan – as the key geographic hub for al-Qaida – but it’s actually worse,” Pompeo said speaking at the National Press Club.

“Unlike in Afghanistan, when al-Qaida was hiding in the mountains, al-Qaida today is operating underneath the hard shell of the Iranian regime’s protection,” he said.

Pompeo said that Tehran has allowed al-Qaida to fundraise, to freely communicate with al-Qaida members around the world, and to perform many other functions that were previously directed from Afghanistan or Pakistan.

In the period before 9/11 attack, the Iranian regime told border inspectors not to stamp al-Qaida members’ passports when they entered or left Iran on their way to or from Afghanistan.  This was to help them avoid suspicion when they returned to their home countries, Pompeo said.

Pompeo warned that if Iran permits al-Qaida leaders to send and receive money from al-Shabaab, “Western nations risk a terror attack like pre-9/11 Afghanistan, a base, from sprouting up in Somalia.  We risk losing control of strategic waterways.”