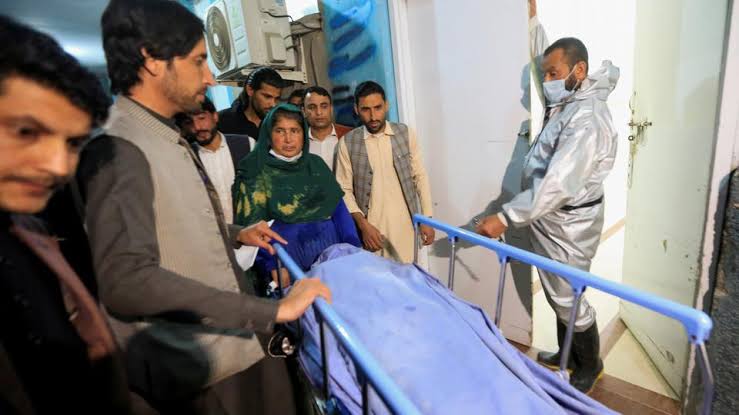 Reporters Without Borders (RSF) has asked International Criminal Court chief prosecutor Fatou Bensouda to investigate murders of journalists and media workers in Afghanistan since March 2020, involving 11 deaths. It said that such murders could be regarded as war crimes.

RSF cited several incidents of such murders with the latest involving three women working for Enekaas TV in the eastern city of Jalalabad, who were gunned down while on their way home on 2 March.

“RSF has every reason to believe that armed groups, especially the Taliban or Taliban affiliates, are responsible for this wave of killings,” RSF said.

RSF has asked the ICC’s chief prosecutor to include these murders in the crimes committed in Afghanistan since 2003 that she was authorised to investigate by the ICC’s Appeals Chamber in March 2020.

“With a view to prosecuting those responsible, RSF has asked her to determine whether they should be treated as war crimes or as another category of crimes defined by the ICC’s Rome Statute, such as crimes against humanity,” RSF said.

Journalists have been paying a high price in Afghanistan ever since the United States and its allies invaded and toppled the Taliban government in 2001. At least 100 journalists, including 15 international journalists, have been killed in connection with their work in the past 20 years, while more than 60 media outlets have been destroyed or attacked and hundreds of threats have been made against journalists and media, according to RSF.