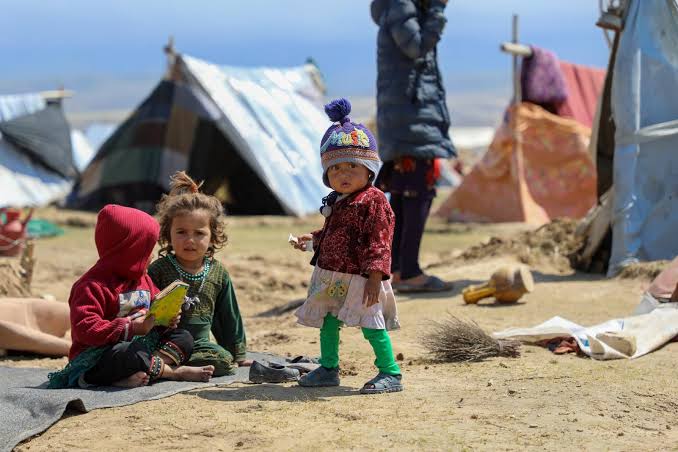 The Afghan government and the international community must urgently scale up efforts to support the country’s four million internally displaced people (IDPs), who have been left badly exposed throughout the COVID-19 pandemic, Amnesty International said on Tuesday.

In a report, Amnesty detailed how the pandemic has made an already dire situation for IDPs even more precarious. Living in overcrowded conditions, with insufficient access to water, sanitation, and health facilities, IDPs have little or no means of protecting themselves from contracting, spreading, and recovering from COVID-19, it said.

The report also addresses the pandemic’s “disastrous” impact on livelihoods, women’s rights, and food insecurity in IDP camps, as well as the current inadequacy of aid efforts targeted at IDPs.

“Afghanistan’s four million displaced people live in conditions perfectly suited to the rapid transmission of a virus like COVID-19. The camps are cramped, unsanitary and lack even the most basic medical facilities. Despite this deadly combination, IDPS have been provided with precious little support to mitigate their situation,” said Samira Hamidi, Amnesty International’s Deputy Regional Director for South Asia.

“With the number of IDPs increasing daily due to ongoing conflict and the danger of a further wave of COVID infections still present, the Afghan government and international community must do more to protect IDPs.”

Amnesty International spoke to IDPs in settlements in Kabul, Herat and Nangarhar, each accommodating more than 1000 families. Living in huts constructed from mud, poles and plastic sheets, housing as many as ten people in only one or two rooms, IDPs are unable to practise social distancing and quarantining.

Basic services such as access to water and sanitation have not been provided, leaving IDPs unable to maintain the hygiene required to prevent the spread of the coronavirus. IDPs who spoke to Amnesty International said that the lack of water facilities forced them to travel long distances to obtain water.

“COVID-19 clearly presented an enormous challenge to the Afghan government. Though unintended, measures aimed at tackling the pandemic have had a disproportionately damaging impact on IDPs – the country’s most vulnerable group. Dedicated resources and greater support from the international community must be forthcoming to mitigate that impact to the furthest extent possible,” said Samira Hamidi.