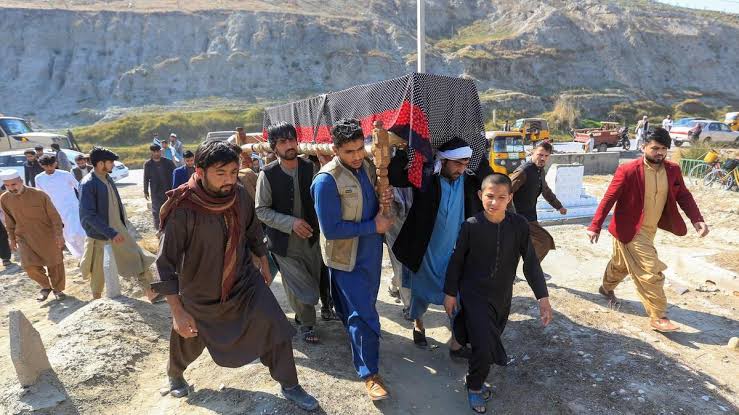 Threats and attacks against journalists across the country have increased sharply since talks began between the Afghan government and the Taliban, heightening concerns about preserving freedom of expression and the media in any peace settlement, HRW said in a news release.

HRW said that Taliban commanders and fighters have engaged in a pattern of threats, intimidation, and violence against members of the media in areas where the Taliban have significant influence, as well as in Kabul. Those making the threats often have an intimate knowledge of a journalist’s work, family, and movements and use this information to either compel them to self-censor, leave their work altogether, or face violent consequences, it said.

“A wave of threats and killings has sent a chilling message to the Afghan media at a precarious moment as Afghans on all sides get set to negotiate free speech protections in a future Afghanistan,” said Parricia Gossman, associate Asia director. “By silencing critics through threats and violence, the Taliban have undermined hopes for preserving an open society in Afghanistan.”

Human Rights Watch said that it interviewed 46 members of the Afghan media between November 2020 and March 2021. In a number of cases that Human Rights Watch documented, Taliban forces detained journalists for a few hours or overnight. In several cases they or their colleagues were able to contact senior Taliban officials to intercede with provincial and district-level commanders to secure their release, indicating that local commanders are able to take decisions to target journalists on their own without approval from senior Taliban military or political officials.

HRW said that Taliban commanders have considerable autonomy to carry out punishments, including targeted killings, and journalists outside the country’s main cities are especially vulnerable to attacks

“The majority of Afghan journalists feel intimidated and threatened,” a journalist in Helmand was quoted as saying. “All the journalists are scared because everyone feels like they could be next.”

The recent wave of violent attacks has also driven several prominent women journalists to give up their profession or leave Afghanistan altogether, HRW said.

“It’s not enough for Taliban officials in Doha to issue blanket denials that they’re targeting journalists when Taliban forces on the ground continue to intimidate, harass, and attack reporters for doing their jobs,” Gossman said. “Countries supporting the peace process should press for firm commitments from all parties to protect journalists, including women, and uphold the right to free expression in Afghanistan.”