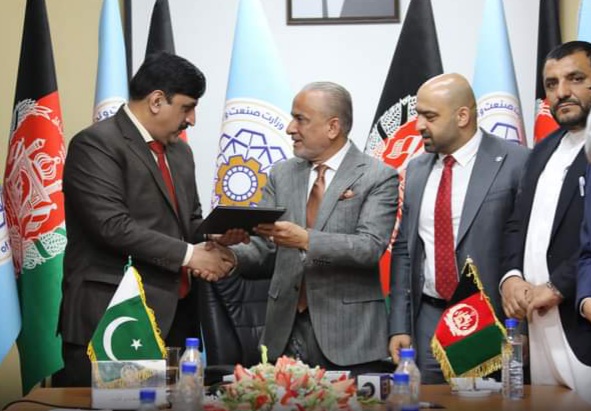 The pact allows Afghanistan access to Pakistani seaports, as well as land routes, to conduct international trade and export Afghan goods to India. In return, Islamabad gets access through Afghanistan to markets in Central Asian states

The extension period will be up to 11 May, Afghan Minister of Industry and Commerce Nisar Ahmad Ghoryani said at virtual signing ceremony.

He said that work was underway to amend the pact according to standards set by the World Trade Organization.

He said that trade and transit between the two countries is expected to increase in the near future.

Pakistan PM’s adviser for commerce and investment, Razzaq Dawood, also welcomed extension of the pact and said that his country wants bilateral trade with Afghanistan to increase.