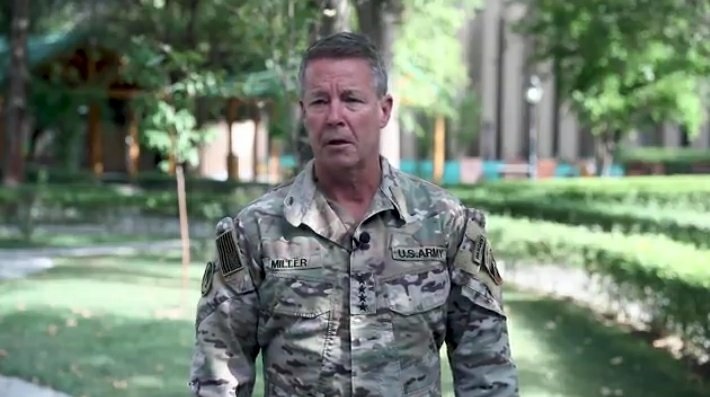 Top US commander in Afghanistan warns of civil war

US commander of international forces in Afghanistan, General Scott Miller, on Tuesday warned of civil war as security situation deteriorates amid foreign troop withdrawal from the country.

“A civil war is certainly a path that can be visualized if this continues on the trajectory it’s on right now, that should be of concern to the world,” he said.

The Taliban have seized dozens of districts as last foreign troops began withdrawing from Afghanistan in early May.

“What we’re seeing is the rapid loss of district centers,” General Miller said, adding that he had passed his advice — to pull security forces back to defend key areas such as big cities — on to Afghan leaders.

He said that the United States currently has “the ability to support Afghan security forces when attacked.”

“That exists today, and I don’t want to speculate what that looks like in the future.”

Miller stressed the need for a political solution to the crisis in Afghanistan.

“As we start talking about how does this all end, the way it must end for the Afghan people is something that revolves around a political solution,” he said. “I’ve also said that if you don’t reduce the violence, that political solution becomes more and more difficult.”

He said his time as the head of the US’s military mission in Afghanistan was coming to an end.

“The future will tell the rest of the story,” he said. “What we will have to do is make an honest assessment of what went well and what didn’t go so well over the years as we work forward.”

Meanwhile, Reuters citing US officials has reported that the US military appears just days away from completing its withdrawal from Afghanistan, well ahead of the Sept. 11 deadline set by President Joe Biden to end America’s longest war.