NEWS
Home AFGHANISTAN Ghani: Taliban want to kill me, but I want to hug them 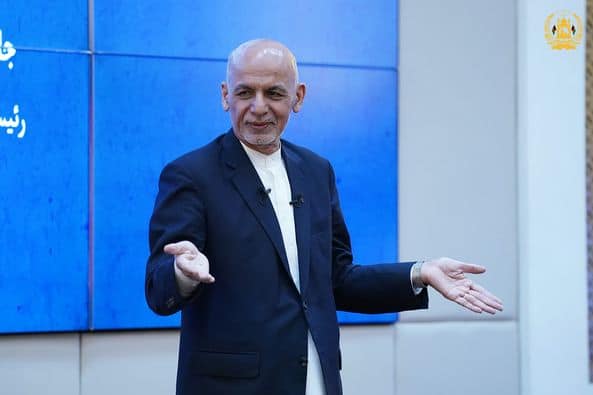 Afghan President Ashraf Ghani has said that the Taliban aim to kill him, but he wants to hug them.

In a lecture at Kabul University, Ghani said that the Taliban cannot win militarily, but they can come through peace.

He suggested that now when foreign forces are leaving Afghanistan, Taliban have no reason to fight.

“Did we shake? puppets would shake. Now I am asking you (Taliban) can you cut ties with outsiders?”

Ghani suggested that US troop withdrawal decision was not a surprise as he had himself asked former US President Donald Trump two years ago to leave.

He said that no countries in the future should have a strong military presence in Afghanistan.

The president, however, said that US withdrawal was not like Soviet withdrawal as US commitment to support Afghan forces remains.

On Pakistan, Ghani said that despite efforts, bilateral relations have not improved and mistrust prevails.