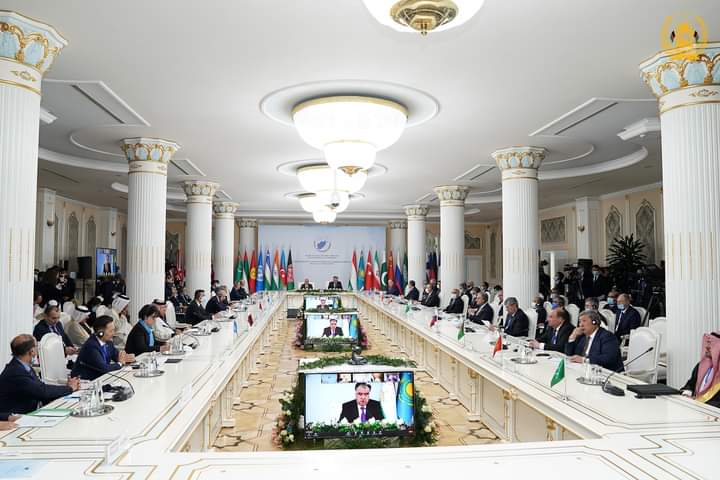 Heart of Asia-Istanbul Process conference, a regional meeting on Afghanistan held in Tajikistan capital, on Tuesday welcomed renewed diplomatic efforts by all countries to accelerate the peace proces.

In a declaration, countries also expressed support for the enhanced role for the UN in the peace process.

“We recognize that a comprehensive and permanent ceasefire will enable all sides to reach an agreement on a political settlement, and in this regard, we affirm that any political settlement must protect the rights of all Afghans, including women, youth and minorities,” the declaration said.

“We also express our concerns about the continued relations between the Taliban and international terrorist groups, including Al-Qaida,” the declaration said.

Members said that they were concerned about the high level of illicit cultivation and production of opium in Afghanistan, the volume of drug trafficking, illicit drug trade, trafficking of precursors, the new prevalence of methamphetamine, the rising demand for illicit narcotics and the rising drug abuse in the HoA Region and beyond.

“We acknowledge the historical role of Afghanistan as a land bridge in promoting regional connectivity and economic integration in the HoA Region, and we recall that such regional economic cooperation plays an important role in achieving stability and development in Afghanistan, in this regard we urge all relevant stakeholders to create a feasible and secure environment for the full implementation of these development initiatives and trade agreements,” the declaration said.