NEWS
Home AFGHANISTAN Russia bolsters military base in Tajikistan, warns of IS in Afghanistan 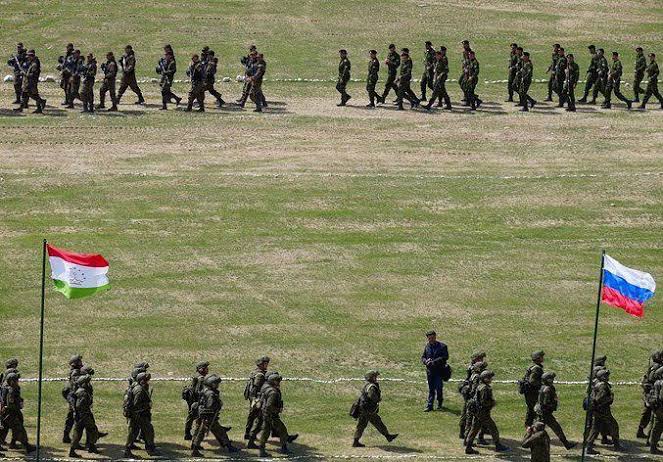 Russia said on Wednesday it was reinforcing its military base in Tajikistan and training local soldiers, as it warned that Islamic State militants were moving into neighbouring Afghanistan.

Russian Defence Minister Sergei Shoigu, while visiting Tajikistan, said the security situation had rapidly deteriorated in Afghanistan amid a US troop withdrawal.

“Today our main task is to counter the terrorist threat from neighboring Afghanistan,” Shoigu said during talks with his Tajik counterpart in Dushanbe. “The hasty withdrawal from there of foreign troops has provoked a rapid deterioration of the situation.”

He said that IS fighters were moving into Afghanistan from Syria, Libya and several other countries.

“What’s more, in some parts, we can also see that these movements are quite seriously organised,” Shoigu said.

The official said that Russia would provide military training to Tajik forces.

“We provide everything needed for military training,” Shoigu was quoted as saying.

“We are paying increased attention to strengthening the combat capabilities of our base and refining plans to jointly repel possible insurgent infiltration,” he said.

Russia said last week that the Taliban controls most of the Afghan border with Tajikistan after rapid military advances.

Russia is set to hold military drills on Aug. 5-10 near Tajikistan’s Afghan border. It has said the exercises will involve more than 1,000 Russian soldiers as well as Uzbek and Tajik forces.