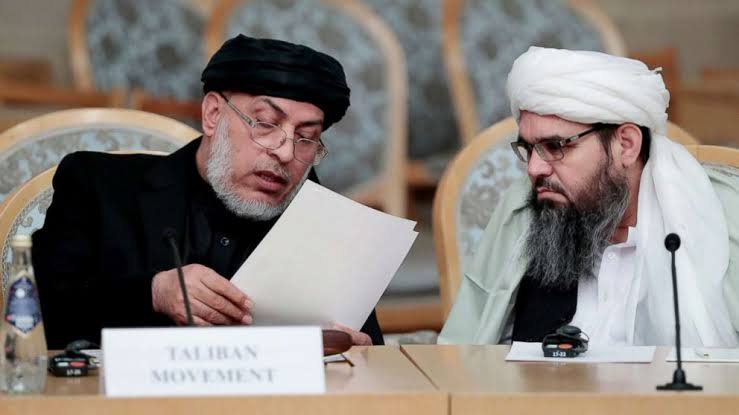 1TV on Thursday obtained a draft of Taliban peace proposal that includes transitional government for maximum 20 months and elections.

It also involves a 15-member high council of Islamic jurisprudence that would review proposed laws before ratification. Each party would appoint seven members. One would be appointed by the head of the government.

Head of the government and the prime minister would be appointed based on an agreement between the sides.

Head of the transitional government could not become head of the government that would form following an election.

According to the proposal, no election could be held based on the existing laws.

There are three options for legislative branch:

The Senate would either add 34 Taliban members or get suspended or dissolved.

The judicial branch would have nine members, four from Republic side and four from Taliban. One member would be appointed by the head of the government.

The commission to prepare the constitution would have 21 members, 10 from Taliban side and 10 from the Republic side. One would be appointed by the government head.

The commission would present the draft within 180 days.

Loya Jirga on approving the constitution would be held 20 months after the peace agreement.

On Wednesday, deputy of High Council for National Reconciliation Ata-ur-Rahman Saleem said that they had received draft of Taliban’s peace proposal.

The Taliban have said that the draft doesn’t belong to them.