Transparent Election Foundation of Afghanistan in a statement late in the day said that voter lists were not well-prepared in most polling centers.

It said that biometric verification devices in eight provinces of the country could not function properly.

Some ran out of charge, and the power banks did not work either, TEFA said.

In 24 percent of the overall polling stations, IEC’s biometric were not well-familiar with how to use the devices.

TEFA said that despite partially secure polling environment, voters’ turnout was poor throughout the country.

It also said that underage recruitment was a serious issue in IEC’s provincial offices in Jawzjan, Khost, Paktia, Ghor, Farah, Nimroz and Zabul.

The watchdog criticized also non-delivery of enough election materials. For example, in Ghazni’s Malistan district, 3,000 registered voters were provided with only 200 ballot papers.

It also said that the ink used to mark a voter’s finger was not indelible in provinces including Kabul, Ghazni, Ghor and Sar-e-Pul. 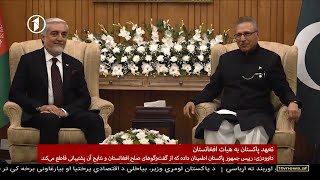 Error 403 The request cannot be completed because you have exceeded your quota. : quotaExceeded

Error 403 The request cannot be completed because you have exceeded your quota. : quotaExceeded