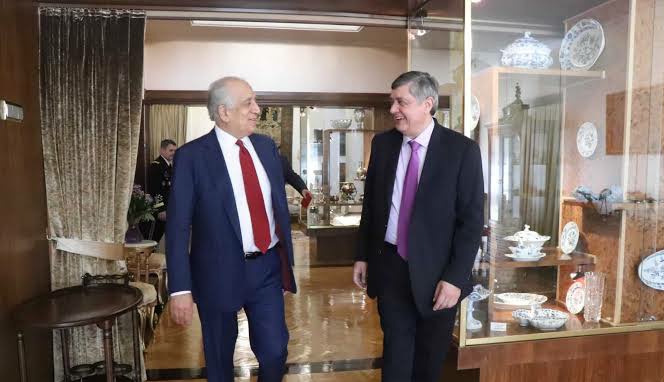 Representatives of US, Russia, China and Pakistan will meet on Friday, April 30, to discuss solutions to the current situation in the intra-Afghan negotiations, Russia’s special envoy Kabulov said on Wednesday, TASS news agency reported.

“I confirm that a meeting of the Extended ‘Troika’ will take place on April 30 and will be attended by myself, [US] Special Representative [for Afghanistan Zalmay] Khalilzad and representatives of Pakistan and China,” he said. “We will be discussing solutions to the current situation in the intra-Afghan negotiations. We will be trying to work out a common position to give an impetus for the talks to take place.”

“Time will tell how that turns out,” Kabulov added.

The last such meeting was held on March 18. That was attended also by Afghan officials, politicians and Taliban representatives.

The upcoming meeting will take place one day before May 1 deadline for foreign troops to leave Afghanistan under the US-Taliban deal.

The United States has announced that it will withdraw by September 11, a delay Taliban said was violating the deal and warned of consequences.

The Taliban also refused to attend peace conference that was scheduled to begin in Istanbul last week.