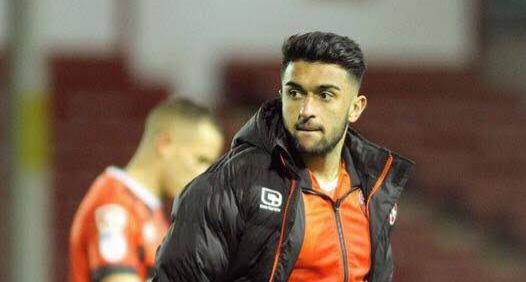 He was the first Afghan footballer to play professionally in the UK.

However, he has been away from the game for 18 months with an injury.