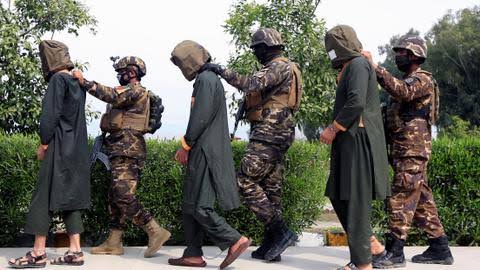 A total of 408 IS militants from 14 countries are in Afghanistan’s jails, Afghan intelligence chief said on Tuesday.

Most of the prisoners (299) are from neighboring Pakistan, Zia Siraj, head of National Directorate of Security, told reporters.

Uzbekistan follows with 37, while China and Tajikistan have 16 and 13 of their nationals in Afghan prisons, according to the official.

He said that talks were ongoing with the countries to find a solution to the problem.

Siraj also said that most of IS members enter Afghanistan through Iran and Pakistan.

On Pakistan’s demand to hand over ISKP leader Aslam Farooqi, the official suggested that it could be done if Pakistan also hands over Taliban militants.

Siraj also announced that a key Taliban militant, identified as Ahmad Kandahari, was killed in an area between Zherai and Maiwand districts in Kandahar on Monday.