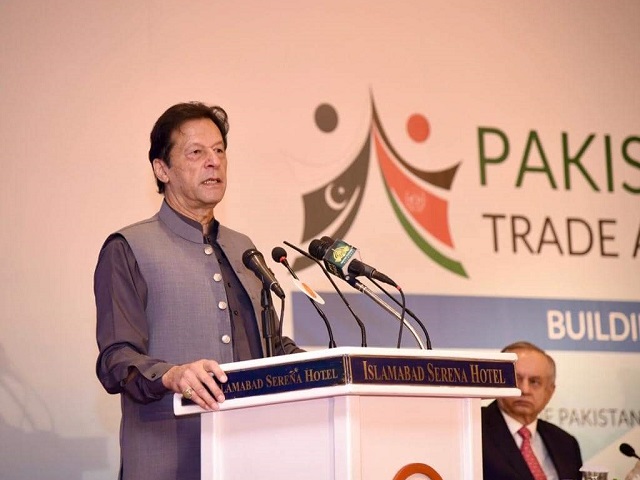 Speaking at Pakistan-Afghanistan Trade and Investment Forum in Islamabad, Khan said that it is the Afghan people’s prerogative to elect officials and choose the government.

He regretted the 40-year-old conflict in Afghanistan and stressed that Pakistan was the second most affected country “especially in the last 18 years.”

He said that it was time to learn lessons from the past.

“The past serves only one purpose: to teach us,” he reflected. “Those who are stuck in the past ruin their future.”

“Pakistan has learned from history that no foreign force can influence the narrative in Afghanistan. Afghans make their own decisions. Outside interference is never successful.”

Khan said that Pakistan was suspicious of India using Afghan soil to destabilize Pakistan. “Yet, we have decided to accept and cooperate with whoever Afghan people bring to power.”

Calling Afghanistan as Pakistan’s natural partner, Khan stressed on the importance of boosting trade ties between the two neighbors.

The event was addressed also by Afghan parliament speaker, Mir Rahman Rahmani, who said that it was time to turn policy of blaming into kindness and mutual acceptance.