NEWS
Home AFGHANISTAN Biden: Afghans have to decide their future, senseless violence has to stop 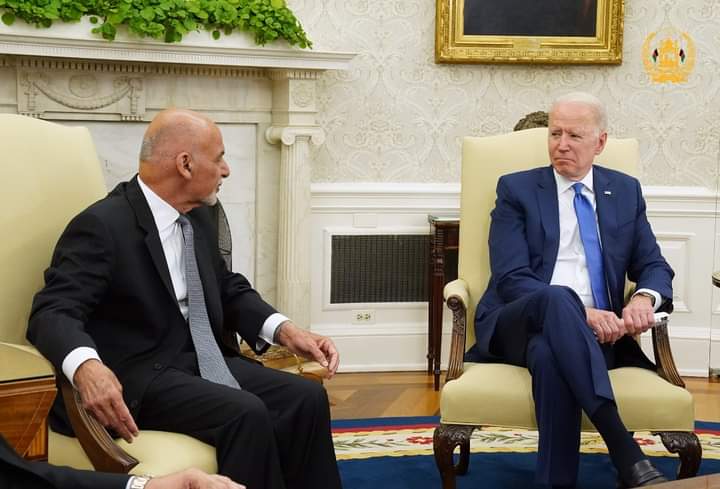 Afghans have to decide their future and senseless violence has to stop, US President Joe Biden said in meeting with his Afghan counterpart Ashraf Ghani in the White House on Friday.

“Afghans are going to have to decide their future, what they want,” said Biden, saying the “senseless violence has to stop.”

He also called for unity among Afghan leaders.

As US military is leaving, Biden said the United States would continue to offer security assistance, as well as diplomatic and humanitarian aid.

Meanwhile, Ghani said he respected Biden’s withdrawal decision and that the partnership between the United States and Afghanistan is entering a new phase.

“This is a sovereign US decision. We respect that decision. Our course is to manage the consequences,” Ghani said in a press conference.

He said that Afghan security forces had retaken six districts on Friday.

“We are determined to have unity, coherence,” he said.

Meanwhile, Biden expressed concern regarding the Covid-19 situation in Afghanistan and pledged 3 million doses of vaccine.

During the visit, Ghani also met with US Defense Secretary Lloyd Austin.

“We discussed our shared commitment to an enduring security partnership as the US continues to support the Afghan government and the ANDSF,” Austin said.