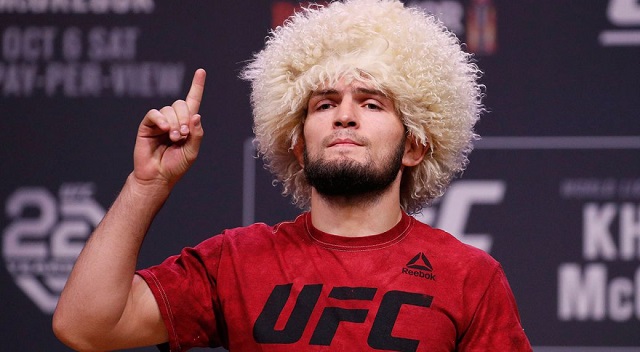 UFC lightweight champion Khabib Nurmagomedov has announced his retirement after defeating Justin Gaethje on Saturday to defend the title and retain his record of no losses.

The 32-year-old mixed martial arts fighter from Dagestan of Russia collapsed in the center of the octagon and sobbed following his defeat of his American rival Gaethje in Abu Dhabi.

On getting up he took off his gloves and said: “This is my last fight in the UFC.”

Kbaib’s father and coach Abdulmanap Nurmagomedov passed away in July due to complications caused by COVID-19, and many questioned if he would have the heart for the fight against Gaethje.

“I talked to my mother three days (ago). She didn’t want me to go fight without (my) father, but I promised her it’s going to be my last fight, and if I give my word, I have to follow this,” an emotional Khabib said in the octagon.

Gaethje troubled the Khabib with leg kicks but succumbed to a triangle choke in the second round as Khabib cemented his claim to be the most dominant MMA fighter of all time with a 29-0 record.