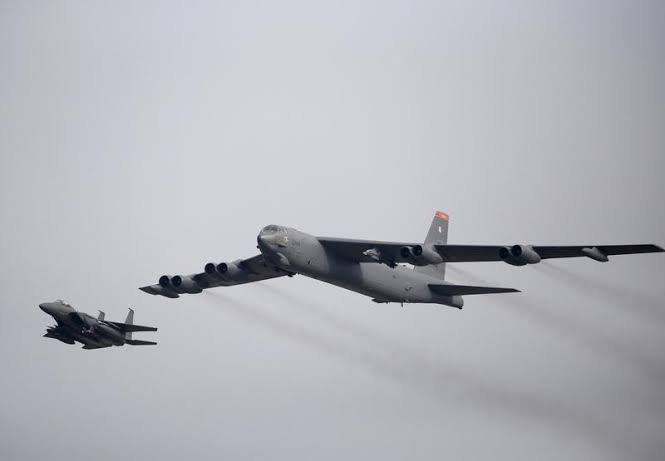 Two B-52 bombers arrived in the Middle East on Friday to help protect US and coalition troops during their withdrawal from Afghanistan, Pentagon said.

John Kirby, a spokesman for US Department of Defense, said that an aircraft carrier will also be kept in the region for the same purpose.

“It would be foolhardy and imprudent not to assume that there could be resistance and opposition to the drawdown by the Taliban, given their staunch rhetoric,” Kirby said. He said the withdrawal plan was discussed at a meeting Friday of senior defense officials.

US and coalition troops, numbering more than 10,000, are expected to start leaving Afghanistan after May 1.

The US-Taliban deadline scheduled the withdrawal to be completed by that date.

“I would advise the Taliban that we will be well-prepared to defend ourselves throughout the withdrawal process,” Gen. Frank McKenzie, the head of US Central Command, said Thursday at the Pentagon.