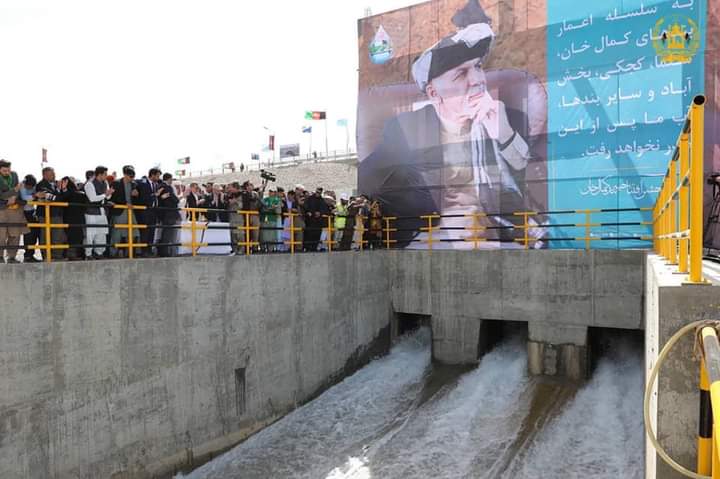 Kamal Khan Dam would help irrigate more than 184,000 hectares of land besides generating up to nine megawatts of electricity.

Located on the Helmand River in Chahar Burjak district of Nimroz province, Kamal Khan Dam has the capacity to reserve 52 million cubic meters of water. Filling up the dam began earlier this month.

Addressing a gathering near the dam, Ghani said that Afghanistan’s waters should be controlled as part of efforts to become self-reliant.

He said that if Iran wants more than what is specified in water treaty, it should give oil in return.

Ghani said that migrant birds returned to Afghanistan as the dam began filling up, and called on refugees in Iran to return as well.

The water treary with Iran was signed when Musa Shafiq was the minister of foreign affairs.