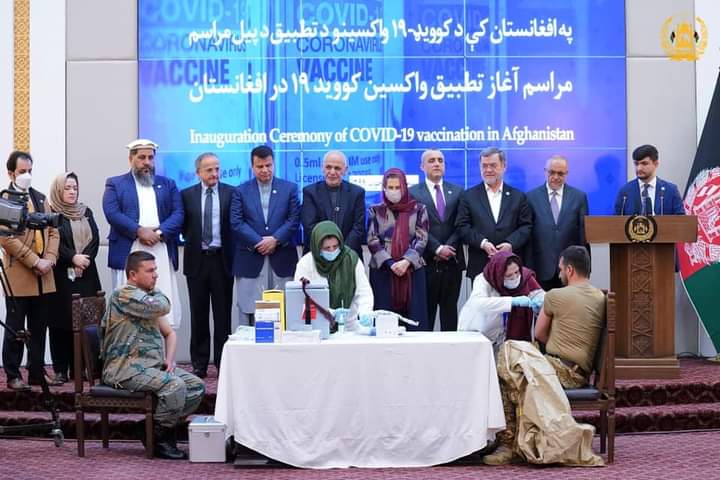 The country received 500,000 doses of AstraZeneca’s vaccine from the Serum Institute of India (SII), which is producing the vaccine for mid- and low-income countries, earlier this month.

The vaccines would be provided to 250,000 people, mostly from the security, health, education and media sectors, acting health minister Waheed Majroh said in a ceremony in the presidential palace.

The campaign is launched amid rising violence in the country, although the Taliban have announced their backing for the vaccinations.

“Today is a fortunate day for Afghanistan as we launch the first vaccination drive, but it would be a challenge to roll the plan to the whole country,” Majroh said.

Authorities have said that the international COVAX programme, which is aimed at improving access to the COVID-19 vaccine for developing countries, would provide vaccines to cover 20% of the country’s population.

President Ashraf Ghani, who witnessed the first injections, said the pandemic is still a serious problem for the country and called on health workers to vaccinate people in a fair and transparent manner.

He added efforts are underway to cover 40 percent of the population in a second round.