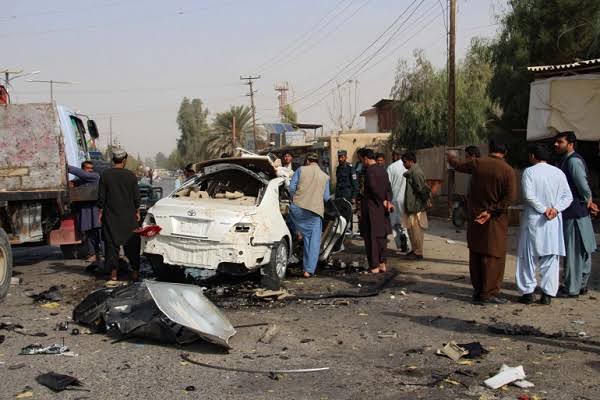 Civilian casualties increased in Afghanistan following the start of intra-Afghan peace negotiations in September, the United Nations said on Tuesday.

UNAMA documented an increase in the number of civilian casualties recorded in the fourth quarter compared with the third quarter. In addition, this period marked a 45 percent increase in civilian casualties in comparison to the same three months in 2019, especially from the use of improvised explosive devices (IEDs) and targeted killings.

Of the overall civilian casualties in 2020, 30 percent were children and 13 percent women.

Anti-government elements caused the majority of civilian casualties (62 percent), totalling 5,459 casualties – 1,885 killed and 3,574 injured with the Taliban responsible for most of these casualties (46 percent of the total) and Islamic State in the Levant-Khorasan Province (ISIL-KP) responsible for 8 percent.

Pro-governmenr forces caused a quarter of all civilian casualties, totalling 2,231 (841 killed and 1,390 injured), a decrease of 24 percent from 2019, with the Afghan national security forces causing most of these (22 percent of the total).

“2020 could have been the year of peace in Afghanistan. Instead, thousands of Afghan civilians perished due to the conflict,” said Deborah Lyons, the Special Representative of the Secretary-General for Afghanistan. “This important report has the overriding objective of providing the parties responsible with the facts, and recommendations, so they take immediate and concrete steps to protect civilians. I urge them not to squander a single day in taking the urgent steps to avoid more suffering.”

“Ultimately, the best way to protect civilians is to establish a humanitarian ceasefire,” said Lyons, who is also head of UNAMA. “Parties refusing to consider a ceasefire must recognize the devastating consequences of such a posture on the lives of Afghan civilians.”