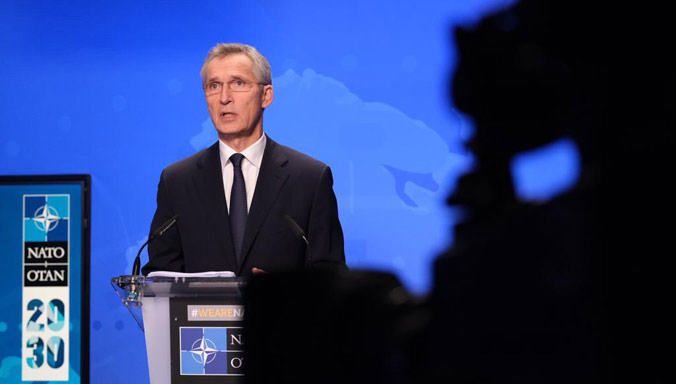 Taliban must live up to commitments: NATO chief

Taliban must live up to their commitments, significantly reduce the levels of violence, and pave the way for a ceasefire, NATO Secretary-General Jens Stoltenberg said on Wednesday.

Speaking at an online press conference ahead of NATO’s defense ministerial meeting, Stoltenberg said that the Taliban must break all ties with al-Qaeda and other international terrorist groups and they must negotiate in good faith.

He said that the talks in Doha offer the best change for peace in a generation and they must preserve the gains made at “such high price over the last two decades, including for women and girls.”

Stoltenberg said that NATO remains committed to Afghanistan-long term security and this week Allies and partners renewed their commitments to provide financial support to the Afghan forces through 2024.

NATO has around 12,000 troops in Afghanistan and as part of the peace process, it has adjusted its presence. “Any further adjustments remains conditions-based,” Stoltenberg said.