NEWS
Home AFGHANISTAN US will not reoccupy Afghanistan: top US general 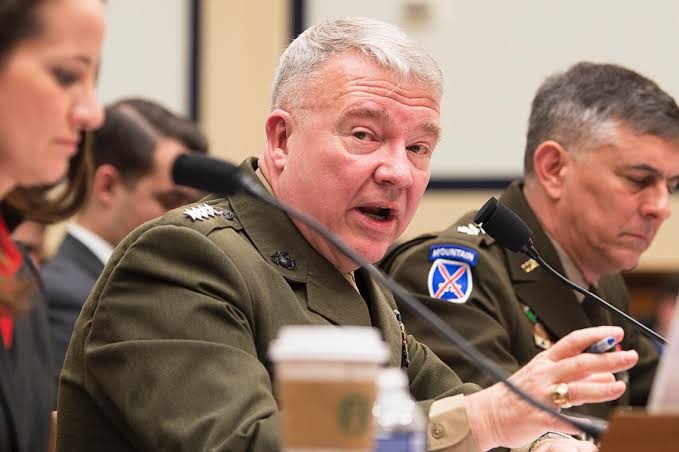 The United States will not re-enter to reoccupy Afghanistan under any conceivable circumstances, head of US Central Command Kenneth Frank McKenzie said on Tuesday.

“We will use a variety of means to monitor al-Qaida and [the Islamic State] in Afghanistan. The intelligence will decline … but we will be able to continue to look into Afghanistan. And I think the president’s been very clear. We’re not going to re-enter to reoccupy Afghanistan under any conceivable circumstances,” McKenzie said in testimony to the House Armed Services Committee.

He, however, said that it will be difficult to battle terrorism in Afghanistan without US troops in the country, but not impossible.

“Some of the forces are going to remain in Central Command because we are going to look at offshore, over the horizon options,” he said.

The general pointed out a MQ-9 armed drone can be over a target in a “matter of minutes” even if it’s based far from Afghanistan.

“I’m actually conducting detailed planning by direction of [Austin] to look at those options right now. We’ll report back to him by the end of the month with some alternatives,” he said.

McKenzie said he will look at all the countries in the region to base US overhead intelligence, surveillance and reconnaissance platforms, or ISR, which can include large manned aircraft to small unmanned aerial vehicles, such as drones.

The general voiced “grave doubts” about the Taliban’s reliability as a negotiating partner for US and Afghans.

“I have grave doubts about the Taliban’s reliability … but we need to see what they’re going to do here,” McKenzie told the committee. “If they want any form of future international recognition for Afghanistan … they’re going to have to keep the agreements that they’ve made.”