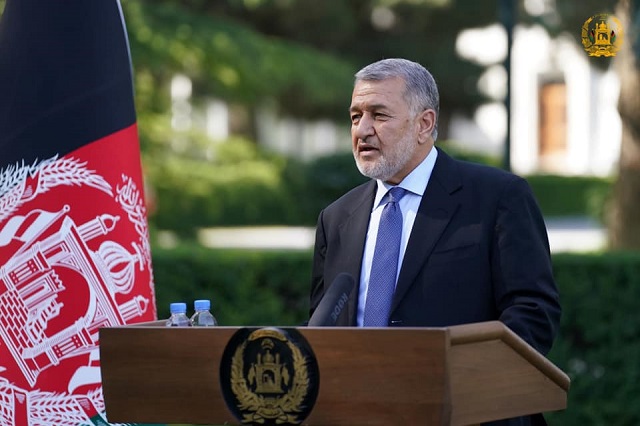 Taliban are seeking to grab power through violence and military means, new acting defense minister of Afghanistan has said.

Bismillah Mohammadi, however, said that the Taliban cannot reach their objectives by killing and destruction of public properties.

Mohammadi, who has 14 years of military experience, said that changing security strategy before withdrawal of foreign forces, fight against corruption and reforms were among his priorities in leading the ministry of defense.

He said that he expects to slow Taliban’s seizure of territories and reduce casualties among security forces.

The change in the leadership of security institutions comes as fighting has intensified acrosss the country.

President Ashraf Ghani has warned that Taliban will face serious response if they pursue enmity.

Abdullah Abdullah, head of High Council for National Reconciliation, has said that Taliban are trying to take advantage of the vaccum caused by foreign troop withdrawal.