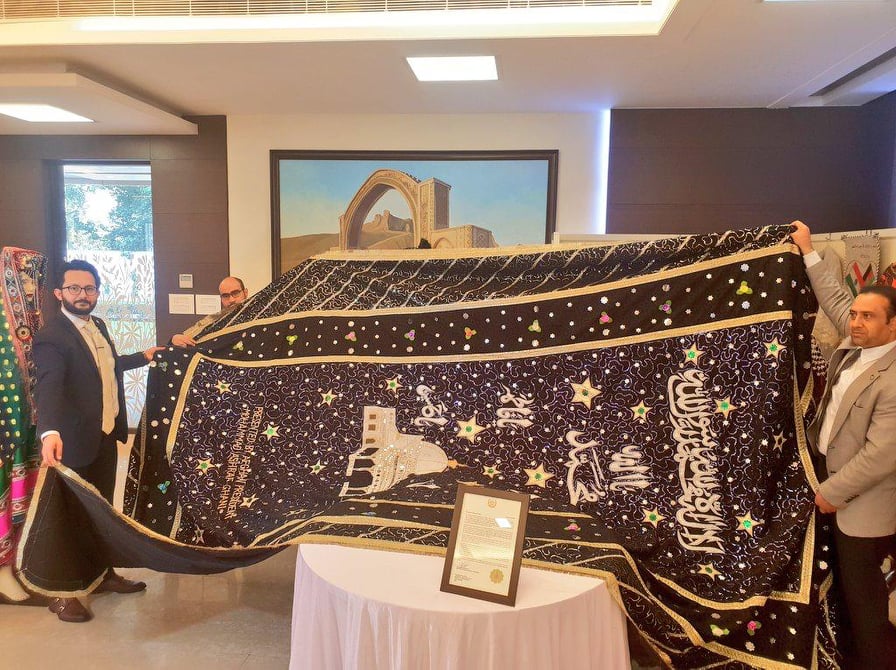 This is the first ever sacred ‘Chadar mubarak’ sent to Ajmer Sharif by any president of Afghanistan.

“May the message of Khawaja Gharib Nawaz(ra) be heard and understood across the World” was the message sent by President Ashraf Ghani, which also said: “On behalf of Islamic Republic of Afghanistan and Afghan people sends a sacred ‘Ghilaf Mubarakan’ with a humble message of respect and reverence towards Khawaja Moinuddin Chishty(RA) of Ajmer Sharif in India to mark the 809th year Urs Mubarak Celebrations’.”

“It is a singular honour to be offering the chadar at the urs of Khawaja Moinuddin Chisty, as an Afghan and student of Sufi order for 50 years, I have been fascinated with character impact and reach of Khawaja Garib Nawaz RA, his life and deeds are example of how the ‘awliya’ of Allah are entrusted with building bridges between seemingly incompatible individual and groups.

“Despite a thousand years there is much to study and learn from the way Chisty order spread from Herat to becoming a moral force in the continent,” he said.

Syed Salman Chishty, the Gaddi Nashin’ and 27th direct descendant of Khawaja Moinuddeen Hasan Chishty, said: “It’s a major boost in the bilateral relationship between India and Afghanistan as well as strong message to the extremist radicals in Afghanistan who have destroyed many Sufi Shrines and centers of Unity.”

In 2015, for the 803rd Urs Mubarak, history was created when the then US President Barack Obama presented a ‘Chadar’ to Ajmer Sharif Dargah — the first ever by any western leader.