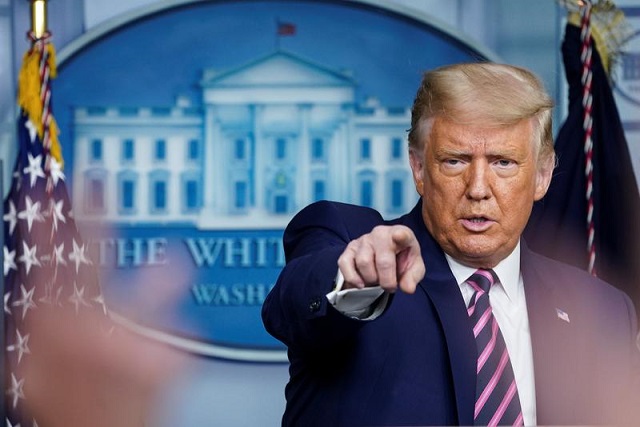 US President Donald Trump on Friday complimented the Taliban for being ‘very tough’ and ‘very smart’, and said the United States is dealing very well with the group.

He said that even the Taliban are tired of fighting and the United States military served in Afghanistan as a police force.

“If we wanted to do what we had to do, we would have fought a lot differently than they have over their 19 years. They didn’t fight it properly.” Trump said.

He said that the number of US troops in Afghanistan will be down to less than 4,000 over the next couple of weeks.

US signed a peace deal with the Taliban in February, based on which the United States would withdraw all its troops from Afghanistan by May next year, if conditions met.

On Saturday, a ceremony was held on Doha to open peace talks between the Afghan government and the Taliban.