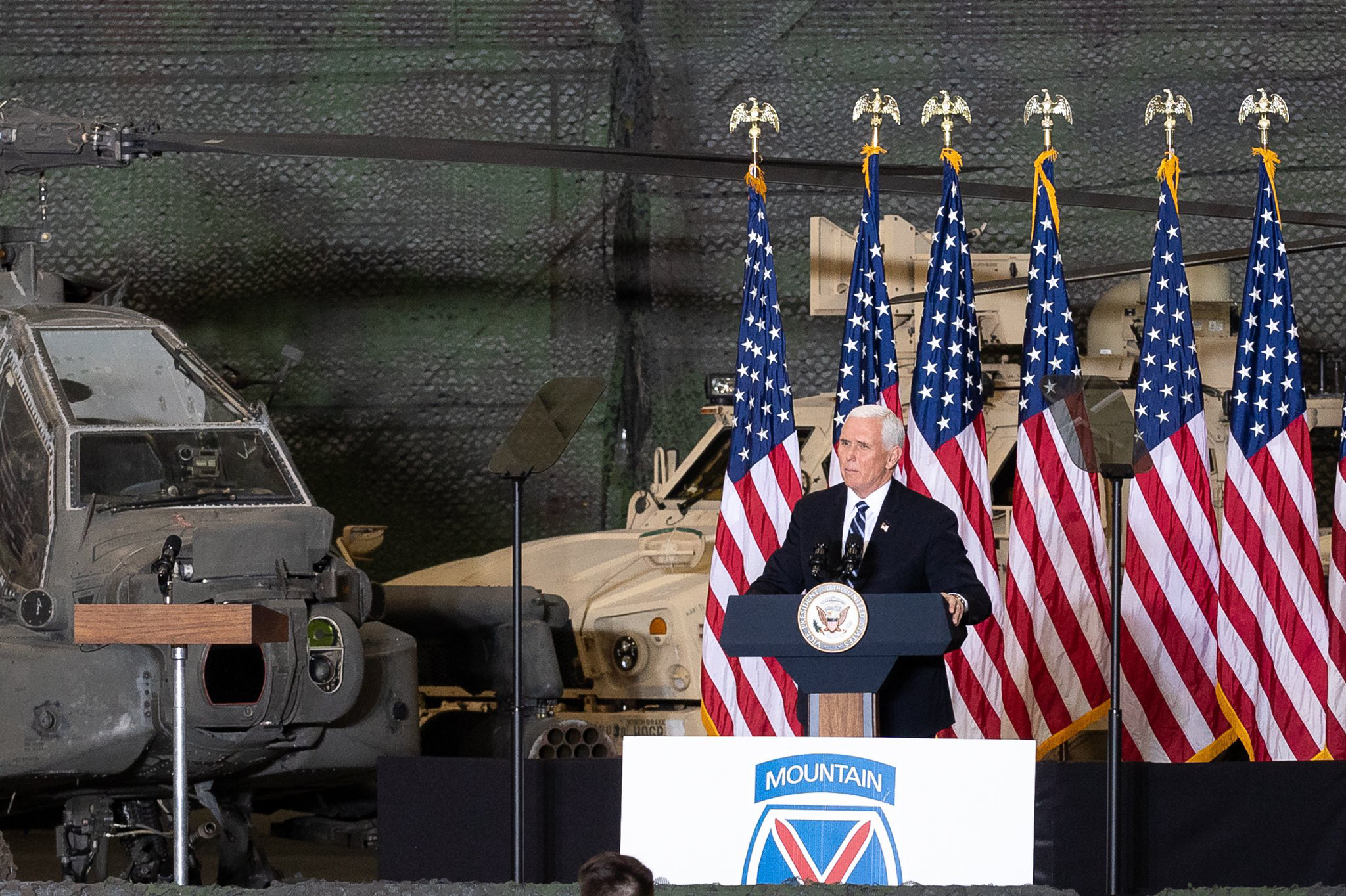 American forces gave the Afghan people a chance to determine their own destiny, US Vice President Mike Pence had said.

Addressing soldiers, Pence told them that their mission in Afghanistan has been vital to the security of the American people.

“This year, we’ll mark 20 years since the forces of radical Islamic terror plotted and perpetrated the deadliest attack on the American homeland in the history of our country. From the safe haven of Afghanistan, the terrorists of al-Qaeda struck the United States,” Pence said.

Because of their service in Afghanistan, there has not been another major terrorist attack on America in the intervening 19 years, he said. “And you’ve given the Afghan people the hope of freedom, a chance to determine their own destiny (and) to chart a better future,” he said

“Today, Afghans are in peace negotiations. I’m proud to report with gratitude to the 10th Mountain Division: Not a single American combat casualty has occurred in Afghanistan since February of last year,” Pence said.

US has reduced its troops in Afghanistan to 2,500, the lowest level since 2001, and is expected to go to zero by May this year under a deal with Taliban signed last year.