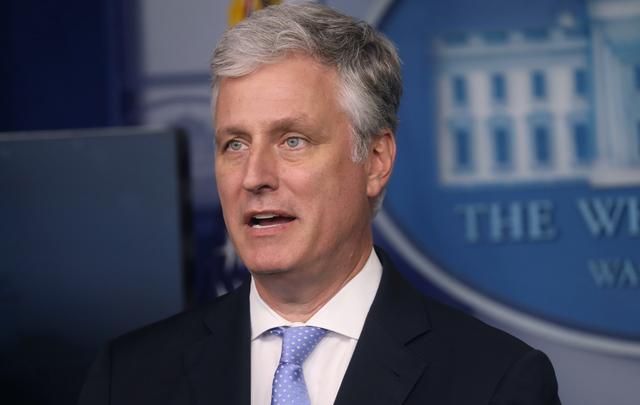 The Taliban are open to counterterrorism cooperation with the United States, US national security adviser Robert O’Brien said on Friday.

“I think there is going to be a long-term CT cooperation with whether it is our allies in Syria, whether it is with the Iraqi government, the Afghan government even in a coalition government in Afghanistan,” O’Brien said during his remarks at an event hosted by the Aspen Security Forum. “We have had indications from our adversaries and the Taliban that they would like to see CT cooperation in Afghanistan. I don’t think they like fighting ISIS-K any more than we do.”

He said that US-Taliban deal came under criticism, but it resulted in no deaths among US forces and opening of intra-Afghan negotiations.

The official said that US troop presence in Afghanistan will be down to under 5,000 next month and it will be 2,500 in early next year.

“That has been suggested by some that that’s speculation. I can guarantee you that’s the plan of the President of the United States,” O’Brien said apparently referring to the remarks of chairman of the Joint Chiefs of Staff, Gen. Mark Milley.