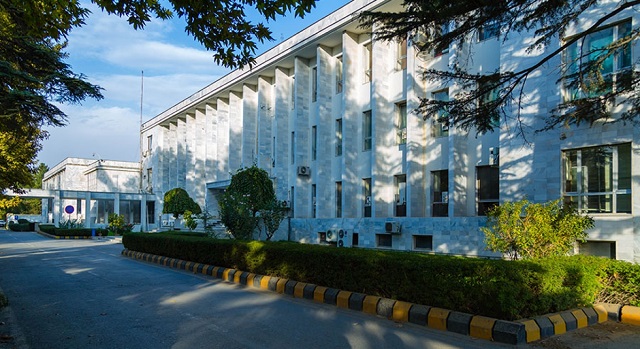 Afghan foreign ministry said on Sunday it rejected Pakistani military’s claims suggesting its soil was used for attacks in Pakistan.

The ministry specifically referred to the claim that a tribal elder in Nangarhar was involved in 2017 attack on Agriculture University in Peshawar.

Iftikhar also claimed that Indian intelligence agencies are managing 66 terrorist camps in Afghanistan in the provinces of Kandahar, Kunar, Nangarhar, Paktika and Khost.

He claimed that India paid $30 million to establish a camp in Kandahar for dissidents of Balochistan and that its Research & Analysis Wing (RAW) provided weapons and ammunition using four helicopters.

Afghan foreign ministry said that as the main victim of terrorism, Afghanistan is committed to fighting all forms of terrorism without distinction and it will not allow its soil to be used for destructive activities in other countries.

It called for serious UN investigation of terrorist attacks in Afghanistan and their perpetrators and Pakistan’s claims.

The ministry said that while the Afghan government is preparing for Pakistan Prime Minister Imran Khan’s visit to Kabul this week, it expected such issues to be raised through the existing bilateral mechanism of Afghanistan-Pakistan Action Plan for Peace and Solidarity (APAPPS).