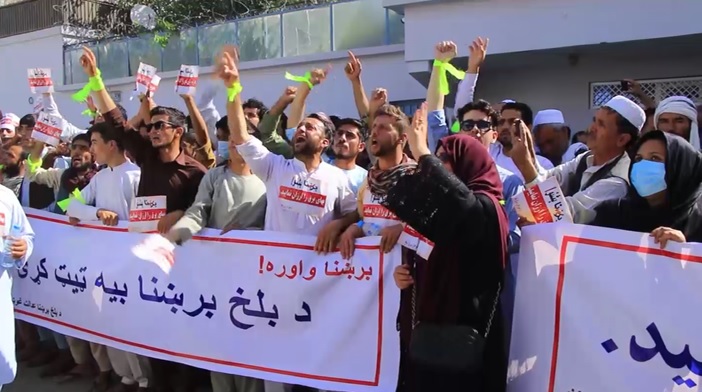 A number of people took to the streets on Tuesday in Balkh to protest higher prices of electricity in the northern Afghan province.

Currently, the price of one kilowatt of electricity is 6.25 afghanis in the first set of consumption level, while it is two afghanis in capital Kabul.

“I am a government employee, my salary is six to seven thousands, the electricity bill comes as two or three thousands, how can I afford to pay that while I have to feed my family,” said Mirwais, a protester.

Hafizullah, another protestor, said that they would have to steal electricity if the situation remains the same. “We don’t want to commit wrongdoing, but electricity prices must be lowered so that we can pay the bills,” he said.

Bawar Bamik, a protestor, said that they would close the provincial office of national power utility, refuse to pay the bills or even cut power supply to Kabul even their demands are not met.

The electricity company said that electricity tariffs would be made equal across the country.

Hamidullah Hamidi, the provincial director of Da Afghanistan Breshna Sherkat, said that the process would take one or two months.