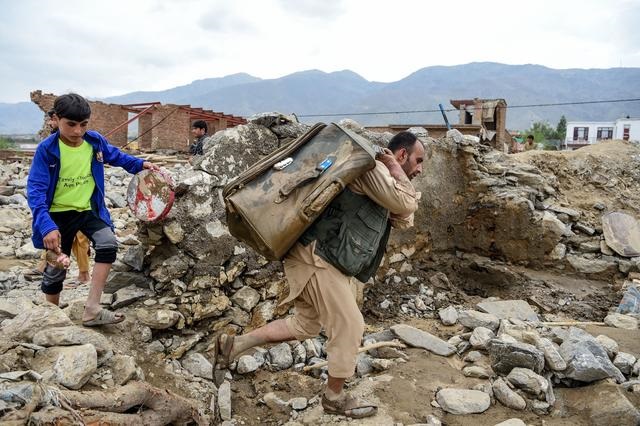 The European Union said on Tuesday it was providing 150,000 euros (around 13.7 million afghanis) in humanitarian aid for people affected by flash floods in Afghanistan last month.

The aid will directly benefit 35,000 heavily affected people in some of the hardest areas in Kapisa, Maidan Wardak, Paktika, Panjshir and Parwan provinces, EU said in a statement.

The funding supports the Afghan Red Crescent Society in develivering much-needed assistance through the distribution of emergency food supplies to those hit by the floods, the statement said.

Given the predominantly patriarchal culture in the Afghan society, the programme ensures a gender-sensitive approach, allowing both women and men equal and safe access to the support, according to the statement. As the COVID-19 outbreak remains a significant threat, personal protective equipment such as masks, gloves and hand sanitisers are also being provided as part of the mitigation measures, the statement said.

More than 190 people were killed and hundreds of families displaced across 14 provinces and central and eastern regions of Afghanistan.

In addition to destroying homes, the floodwaters damaged large swathes of agricultural lands and irrigation systems, adversely affecting the livelihoods and food security of families. More than 60 percent of the deaths were recorded in the worst affected province, Parwan.