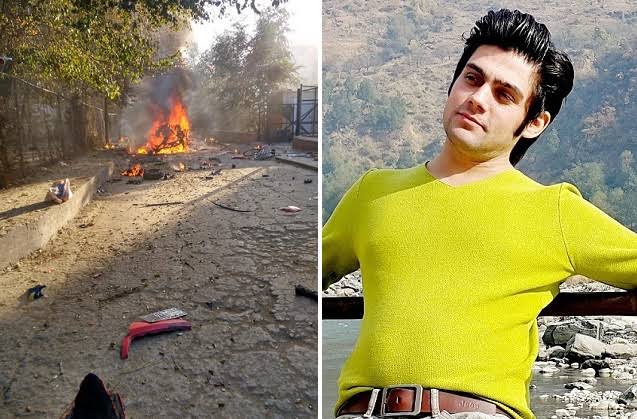 The International Criminal Court and the United Nations have been asked to investigate the killing of former Afghan television presenter Yama Siawash.

Siawash, a former anchor on the private TV channel Tolo News who had been working at the country’s central bank, was killed last year by a bomb on a car that was carrying him to office.

A statement by international counsel Haydee Dijkstal on behalf of Siawash’s family said that meaningful and genuine accountability and justice cannot be obtained for Yama’s killing in Afghanistan.

“I hope that the authorities of justice, the International Criminal Court and the United Nations, as the highest and last neutral international authorities, will deliver justice to our oppressed family, and bring the murderer, the perpetrator of the killing, and the supporter of the perpetrator of the murderer of my martyred son to the table of justice,” his father Dawood Siawash said.

Dijkstal said that the attack on Siawash was a serious crime and human rights violation and it was part of a pattern of attacks on journalists and free expression in Afghanistan.

“It is important that a thorough investigation is conducted and accountability is ensured through all legal avenues available to bring justice for Yama Siawash and for the harm suffered by his family, but also to ensure that journalists in Afghanistan like Yama do not continue to be targeted and silenced for exercising their rights, and those responsible are held to account,” Dijkstal said.

The statement notes that Siawash had been addressing controversial topics and posing tough and challenging questions which confronted the government’s policies and officials.

He was facing threats from government officials, which forced him to leave Afghanistan for sometime.

“In the shadow of oppression and human rights abuses in Afghanistan, the doors of justice have been blocked for our family,” his brother Baktash Siawash said. “I hope that raising martyr Yama Siawash killing at the International Criminal Court and the United Nations will give us access to justice for such atrocities, no matter how powerful the perpetrators are, whether they be the rulers of the state or a passport holder of a powerful state.”

“An investigation into the targeted killing of Yama Siawash will prove to the people of Afghanistan and the world that the ICC and UN are on the right side of history, by seeking to end impunity for grave and widespread human rights abuses and by protecting the fundamental right to free expression for all those fighting against corruption and for transparency, the facts and the truth.”

Full transcript of Biden’s speech on troop withdrawal from Afghanistan