NEWS
Home AFGHANISTAN What are Afghan government’s agenda items for talks with Taliban? 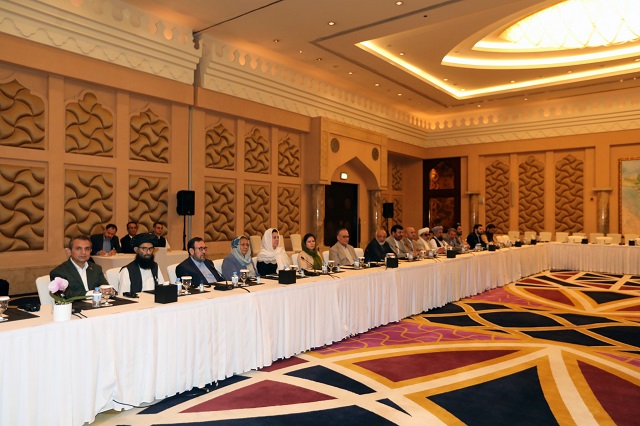 Afghan government’s negotiating team has submitted to the Taliban a list of eight items it wants to be included in the agenda of peace talks, a source told 1TV on Monday.

The items include ceasefire, participatory or compromise-based government, amendment of the Constitution, according to the source in Doha.

Taliban and Afghan government representatives announced Saturday they exchanged lists of agenda items and agreed on a pause for consultations until January 5, 2021.

According to the source, the Taliban are insisting that formation of a compromise based government should be discussed before any other issue including ceasefire.

The Afghan government’s negotiating team is expected to return to Kabul tomorrow (Tuesday).

Fraidoon Khwazoon, a spokesman for High Council for National Reconciliation, said that the team will consult first with the council and then a meeting of the leadership committee of the council will be held.

Meanwhile, President Ashraf Ghani said on Monday he preferred the next round of peace talks to be held in Afghanistan.

“Afghans can negotiate under tent too, in cold weather too, it is not time to set luxurious hotels as precondition, it is necessary that all people should see how the negotiations are going or which issues are focused upon and why?,” Ghani said during the cabinet meeting.