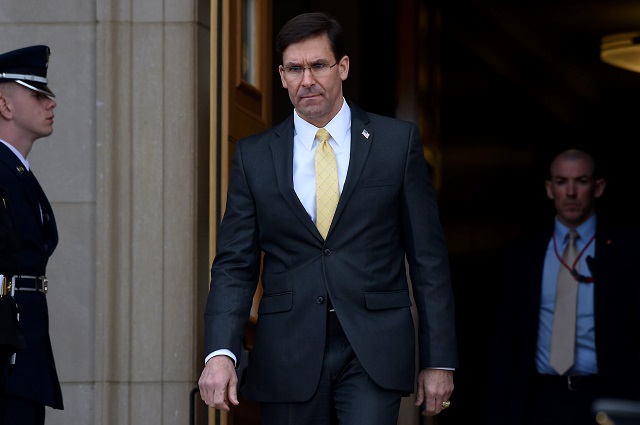 US Defense Secretary Mark Esper sent a classified memo to the White House this month expressing concerns about additional troop cuts in Afghanistan, before President Donald Trump fired him, the Washington Post reported on Saturday.

Last month, Trump said that all US troops in Afghanistan should be “home by Christmas,” despite an agreement with the Taliban requiring it to happen by May next year, conditions permitting.

While the Pentagon was on its way to reducing the number of troops to fewer than 5,000 this month, intra-Afghan negotiations appeared to stall and the Taliban violence remained high.

In his memo, Esper said that conditions on the ground were not yet right as he cited the ongoing violence, possible dangers to the remaining troops in the event of a rapid pullout, potential damage to alliances and apprehension about undercutting the negotiations.

“We don’t have a single example where pulling the plug has gone well — Vietnam, Iraq,” he said. “Not one.”

One former senior White House official said it is not possible for the United States to remove all troops “without crushing the coalition there.”

US Senator Rand Paul, who has advocated a swift and total withdrawal, stepped into the debate Wednesday.

“Reminder to those saying withdrawing troops may cause a ‘clash’ with Generals/Pentagon: there is only one Commander in Chief, it is @realDonaldTrump and when he orders the troops out of Afghanistan, the only proper answer is ‘Yes sir,’ ” he tweeted.

Trump’s new acting defense secretary, Chris Miller, in a memo on Friday said that it was time to bring US troops home.

“We are not a people of perpetual war — it is the antithesis of everything for which we stand and for which our ancestors fought. All wars must end.”

He said: “Ending wars requires compromise and partnership. We met the challenge; we gave it our all. Now, it’s time to come home.”

“We have been in Afghanistan for almost 20 years, and no NATO ally wants to stay any longer than necessary,” Lungescu said. “At the same time, we want to preserve the gains made with such sacrifice, and to ensure that Afghanistan never again becomes a safe haven for terrorists that can attack the United States or any other NATO ally.”