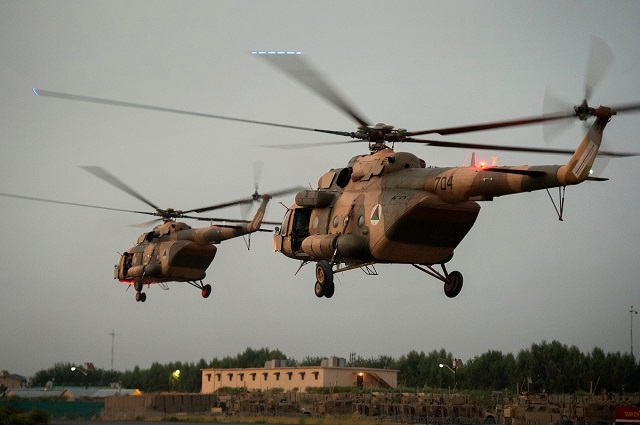 He said that both the helicopters were destroyed following the collision and all those onboard were killed.

Afghan Defense Ministry said that the two helicopters of Mil Mi-17 type crashed due to technical issues while they were taking off in Nawa district of Helmand province, around 01:15 AM last night.

It said that nine individuals aboard were killed in the incident.

Taliban have launched major offensive in Helmand province even as intra-Afghan peace talks are ongoing in Qatari capital Doha.

Thousands of families have been displaced due to the fighting.