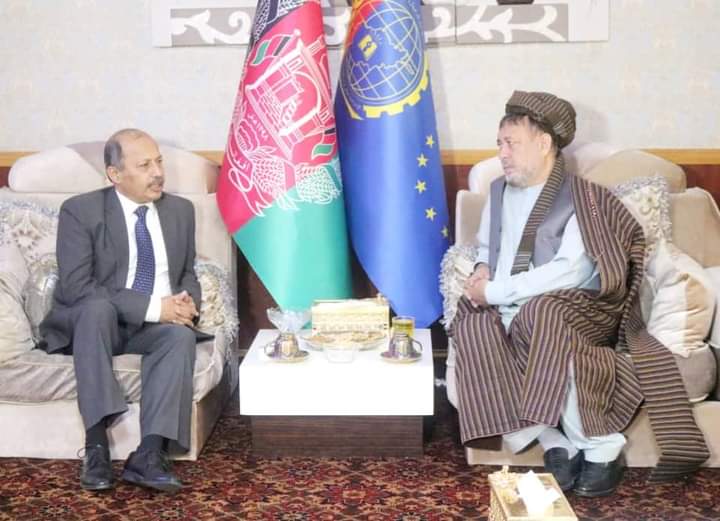 Pakistan is planning to host a conference to facilitate Afghanistan peace process, office of a senior adviser to Afghan president said on Wednesday.

The announcement comes after Pakistan’s ambassador, Mansoor Ahmad Khan, met Mohammad Mohaqiq, Afghan president’s adviser on security and political affairs and head of Wahdat-i-Islami party leader, to extend an invitation to the conference.

The envoy said that the conference aims to provide a platform for discussion on progress in peace talks and exchanging views for helping the process, according to a statement issued by Mohaqiq’s office.

The diplomat hoped that the conference will be held in an open and friendly atmosphere.

He said that there is no military solution to the Afghan conflict, but it could be resolved through talks.

According to the envoy, the conference is expected to be attended by key figures from all stakeholders in Afghanistan.

Meanwhile, Mohaqiq welcomed the planned conference, saying he would attend.

Intra-Afghan peace talks began in Doha in September last year, but there has been little progress.

A 11-member delegation led by reconciliation council chairman, Abdullah Abdullah, is expected to travel to Doha later this week to meet Taliban representatives.