NEWS
Home AFGHANISTAN Britain will work with Taliban should they come to power: minister 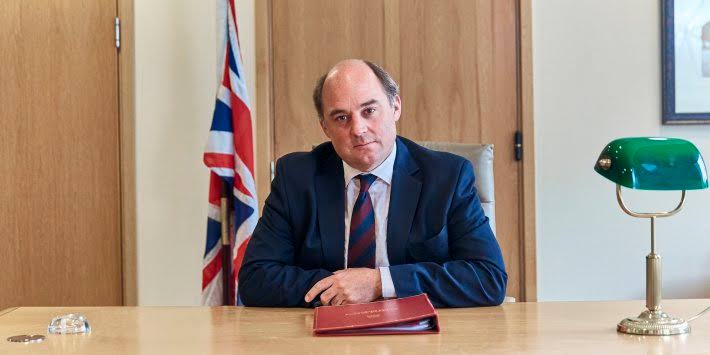 Britain will work with the Taliban should they enter the government in Afghanistan, UK Defence Minister Ben Wallace has said.

“Whatever the government of the day is, provided it adheres to certain international norms, the UK government will engage with it,” Wallace told the Daily Telegraph in an interview published on Tuesday.

However, Wallace warned, “just like other governments around the world, if they behave in a way that is seriously against human rights, we will review that relationship”.

Wallace recognised that the prospect of the UK working with the Taliban would be controversial.

“Afghan veterans will be asking themselves about the Taliban. All peace processes require you to come to terms with the enemy. Sometimes, that’s what it is.”

“What (the Taliban) desperately want is international recognition. They need to unlock financing and support (for) nation building, and you don’t do that with a terrorist balaclava on,” he said.

“You have to be a partner for peace otherwise you risk isolation. Isolation led them to where they were last time”, he added.

Wallace went on saying, “the poverty of their own people is an important issue to be dealt with, and you cannot deal with that on your own in isolation.

“When you’re one of the poorest nations on earth you need the help of the international community,” he said.

Referring to recent reports China may be trying to extend its influence in Afghanistan, Wallace said “two superpowers learned Afghanistan is not to be taken for granted”.

“China has been quick to offer itself as a superpower. I don’t need to remind them of the consequences.”

He called on the Taliban and Afghan President Ashraf Ghani to work together to bring stability to the country after decades of conflict.

“Now is the time for both of them to show leadership and bring together Afghanistan,” Wallace said.