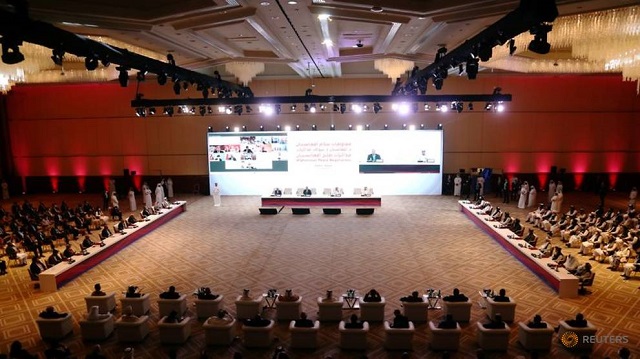 The contact groups of Islamic Republic of Afghanistan and the Taliban negotiating teams met on Monday evening in Qatari capital Doha after 12 days of pause.

Nader Nadery, a government negotiator, said that detailed discussions took place on the contested issues during the meeting.

He said that the sides agreed to continue to meet to reach a resolution.

Intra-Afghan peace talks began on 12 September in Doha, but the sides have yet to finalize their agreement on rules for negotiations.

One of the contested issues is Taliban’s insistence to set their deal with the United States as the basis of the talks.