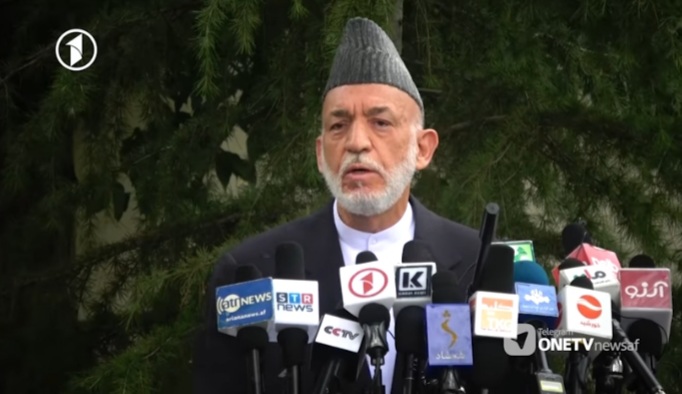 Former Afghan president Hamid Karzai on Tuesday called on youths not to leave, but stay and build their country, as he said serious peace negotiations will start very soon.

Speaking in a press conference in Kabul, Karzai suggested that the ongoing war is a war waged by outsiders and Afghans can get rid of it by coming together.

He called on the Taliban to stop fighting, adding they will get nowhere by seizing district.

Karzai also called on the government not to miss any opportunity for peace, get to negotiations soon and create a national government.

He said that youths should not accept the offer of the US and the West to leave Afghanistan, as they would exploit their energy and knowledge.

At the conference, Karzai also emphasized on the importance of protecting state institutions and public infrastructure, saying they belong to Afghans themselves, not foreigners.

He also said that the leadership of the country should be determined based on the will of the people, not individuals, in any political settlement.