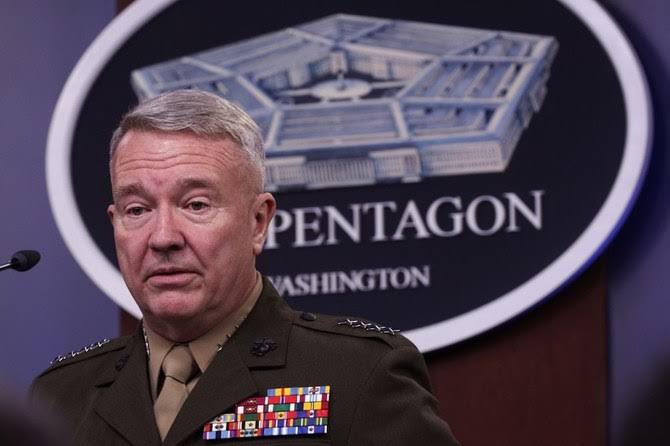 The United States will go and take action in Afghanistan when al Qaeda and ISIS present actionable threats, a top US general has said.

General Frank McKenzie, head of the US Central Command, also told Military Times that the US military will do televised remote advising with Afghan air force after withdrawal of its troops from Afghanistan.

He said that the US will support the Afghan forces with funding and support air force over the horizon.

“But it’s gonna be really on their shoulders now to stand or fall, and I think they have a fighting chance to do it,” McKenzie said.

Asked if the US will provide any combat support to Afghan forces if they are under siege from the Taliban, or if major cities such as Kabul are at risk of being overrun, McKenzie suggested that the US would go in Afghanistan and take action when al Qaeda and ISIS present actionable threats against US.

“When those entities presented actionable threats against the United States, we’d be prepared to go in there and take action if our Afghan partners are unable to do that, and that will be the limit of our kinetic actions in Afghanistan,” McKenzie said.