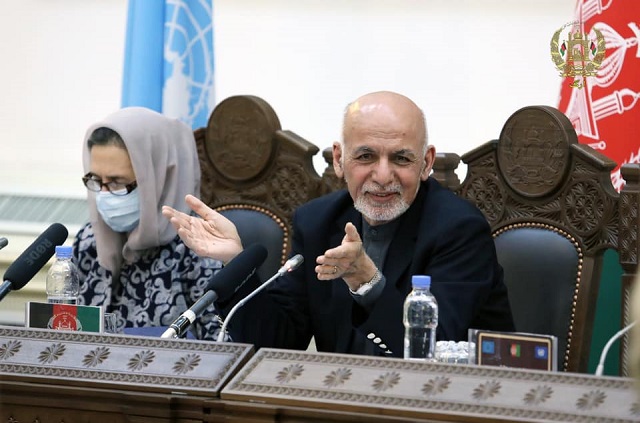 The commission will have five members including two men and two women, the president said while addressing the EU’s sixth annual Anti-corruption conference

“We hope that they will be a functional body and not repeat the sad story of some of these commissions in Africa,” Ghani said.

He said that the commission will be accountable to citizens, parliament and the government and that they do not second guess or subvert the authority of the institutions that are legally charged with performance of functions.

The president said that verification of assets is a key task of the new commission.

“I am not signing any travel documents from people who have not filled their assets, whether it is a member of parliament, and the cabinet and others it has all been done,” Ghani warned.

He said that peace building is going to require at least reintegrating three million more Afghans who are living in Pakistan and Iran and stabilizing the internally displaced.

The president said that poverty is going to increase if growth rate does not reach 7 to 9 percent.

He said that “we need to take effectiveness as the positive agenda and anti-corruption as the necessary agenda to get the necessary and sufficient conditions for stability, peace and prosperity.”

“We, in the last six years, have been dealing with turbulence, crisis and uncertainty as the continuous condition,” Ghani said. “Despite of this, we are facing how to create the conditions to get out of this.”