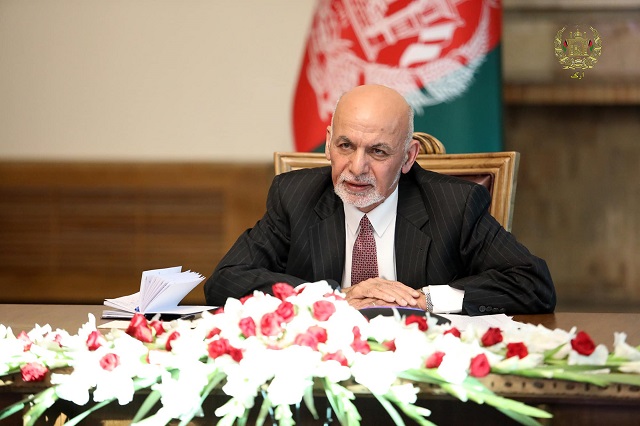 The president said that opinions show that support for the republic is between 75 and 85 percent.

“Positioning of the will of minority on the absolute majority can only lead to prolonged conflict,” Ghani warned at the virtual summit chaired by Russian President Vladimir Putin.

According to the president, the principles of equal rights of citizens in a republic enshrined in the Constitution establishes the ground for peaceful integration of the Taliban into the politics, economy and society of a democratic Afghanistan.

The president said that though Afghanistan is facing multiple forms of turmoil, but “peace remains our most urgent and important priority.”

“As a state and society, we have demonstrated the commitment, compassion and courage to make hard decisions to start direct peace negotiations with the Taliban,” Ghani said.

“Unfortunately, not only the promised reduction of violence and comprehensive ceasefire has not been realized, but the violence by the Taliban has increased substantially,” Ghani said.

The president emphasized that state to state cooperation within a regional and global framework is key to dealing with all terrorist networks attempting to disrupt peace, progress and cooperation.

He said that estimates show that peace in Afghanistan could enhance the rate of growth of its neighbors by one to two percent.

Uzbek leader offers to hold conference on Afghanistan in Tashkent

Meanwhile, Uzbekistan’s President Shavkat Mirziyoyev offered to hold an international conference on Afghanistan in the spring of 2021 in Tashkent.

According to him, new prospects for establishing peace in Afghanistan open up new transport corridors that can get back Afghanistan’s role as a bridge connecting Central and South Asia.

“We offer to discuss this and other issues in April 2021 in Tashkent at an international conference “Central and South Asia: Regional Ties – Challenges and Opportunities,” he said.