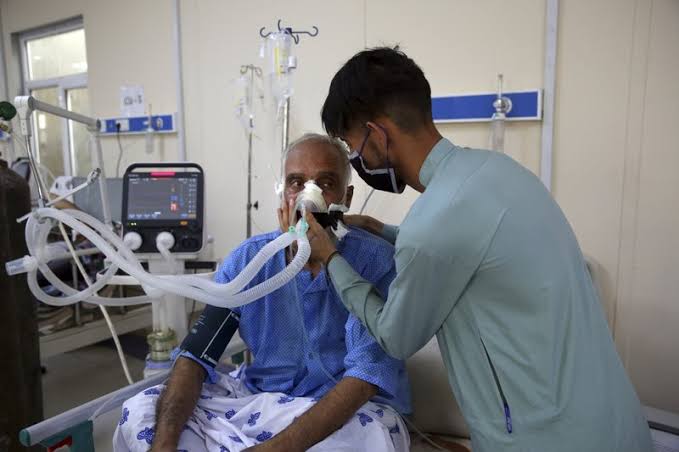 The Afghan government must immediately address oxygen shortages and procure adequate COVID-19 vaccines and other essential medical supplies with support from the international community, Amnesty International said on Friday, amid surge in infection cases.

“Afghanistan’s Covid-19 case numbers have been steadily increasing and these latest figures are of grave concern. It’s clear that the country has been hit by the third wave of Covid-19 and without urgent international support to contain this surge, the situation could quickly spiral out of control, with existing shortages of life-saving supplies posing serious challenges,” said Zaman Sultani, South Asia Researcher at Amnesty International.

“At the same time, Afghanistan’s vaccination drive has also been held up due to supply shortages. We have seen a similar situation unfolding in Nepal and India and one of the main lessons is to learn from their mistakes and be prepared for the worst before it’s too late.”

Citing the Ministry of Public Health, Amnesty said that Afghanistan currently has only around 2,000 oxygen concentrators and 1,063 hospital beds dedicated to Covid-19 treatment to service a population of 39 million.  According to MoPH, the country only a total of 1,500 ICU beds.

The ministry reported last week that the country was facing an oxygen shortage and appealed for support from other countries in the region.

“The lack of emergency preparedness and the state of Afghanistan’s public health infrastructure means the country is not equipped to deal with the type of surge we have seen elsewhere in the region. Afghanistan must make diagnostics widely accessible to effectively detect outbreaks and proactively address an imminent outbreak of cases,” said Zaman Sultani.

Afghanistan has received 968,000 vaccine doses from the Indian Government and the COVAX Facility, which can fully inoculate only 484,000 of Afghanistan’s 39 million people, representing only 1.24% of its population. On Thursday, it received 700,000 doses of vaccines from China.

Given the current global shortage of vaccines and COVAX’s inability to deliver to other countries according to schedule, there are major concerns around if and how quickly any more doses will arrive in Afghanistan, Amnesty said.

“The Afghan authorities, with support from the international community and the COVAX program, must work to procure the required vaccines either through existing funding and support mechanisms or through the government budget,” said Zaman Sultani.