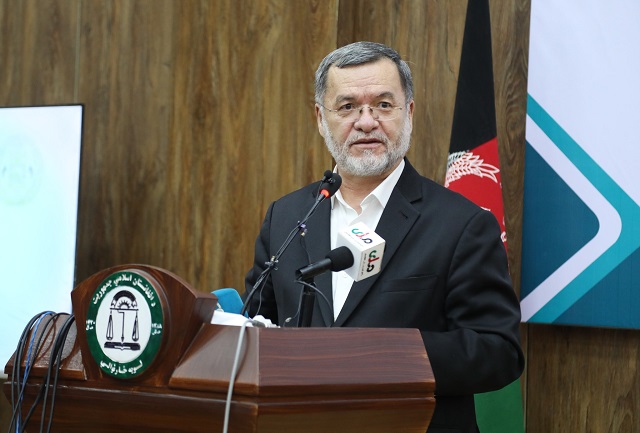 Speaking at an event in Kabul, Danish said that the claim of Jihad against Muslims is absolute ignorance of Sharia and clear violation of Quran and Sunnah.

He said that the Taliban are a rebel group as they are attacking Muslims.

Danish also said that the Taliban negotiators have prejudiced attitudes toward women, followers of different Islamic schools of thought and minorities.

He said that the Taliban are insisting on setting their deal with the United States as the basis of peace talks, while the Afghan government proposes Quran and Sunnah.

“The Taliban are evading Sharia for power,” Danish said.

He said that the Taliban have brought peace talks to a stalemate by insisting on specific issues regarding procedure, which are not actually relevant.

Negotiations between the Afghan government and the Taliban opened nearly a month ago in Qatari capital Doha, but the sides have yet to finalize rules for the talks.

Sources told 1TV on Saturday that there have been no meetings between the contact groups of the two sides over the past 10 days.